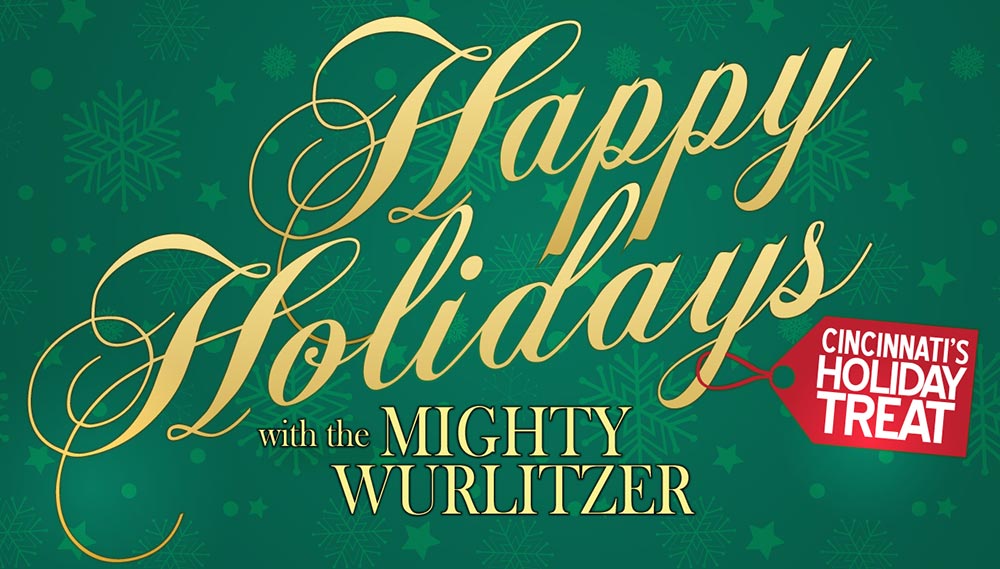 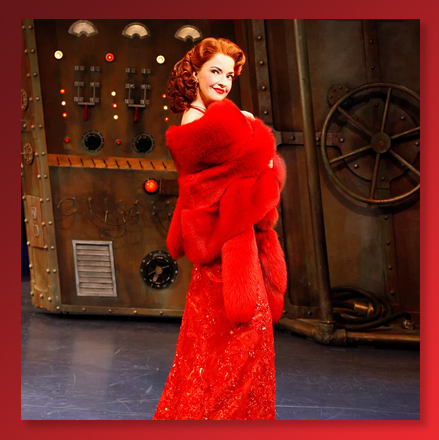 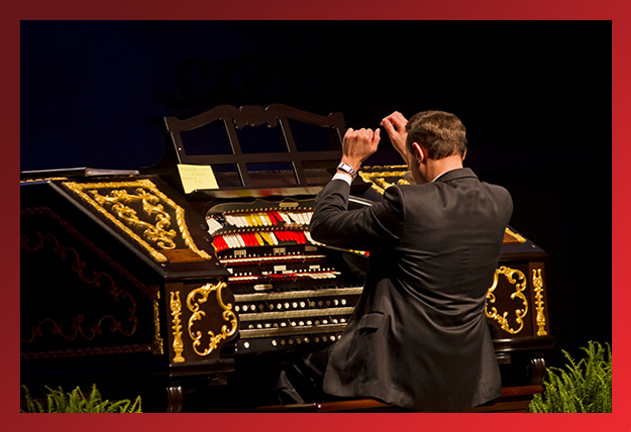 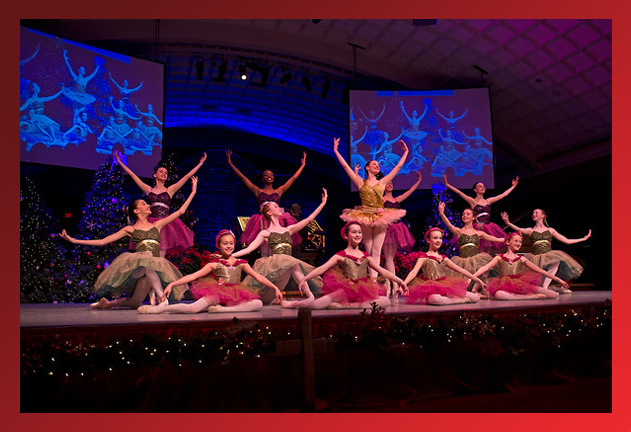 Happy Holidays with the Mighty Wurlitzer Organ, a favorite family tradition, entertained young and old on Tuesday, December 3, 2019, in the Music Hall Ballroom. Singer/actress Michele Ragusa made a special appearance at the concert! Michele's career includes roles in Titanic, Ragtime and Young Frankenstein. She's also performed at major venues including the Kennedy Center. Her rendition of "Santa Baby" brought smiles and laughter to everyone - and even made Santa blush! World-renowned organist Jelani Eddington was back by popular demand, and he again brought the theatre organ's keyboard to life. He brought holiday tunes alive when he blended in the chimes and special effects only a Wurlitzer can make. At age 13, Jelani won the American Theatre Organ Society's (ATOS) Young Theatre Organist Competition. In 2001, Jelani was honored by ATOS as Theatre Organist of the year. In both categories, he was the youngest organist ever to achieve those titles! Student dancers from the Cincinnati Ballet's Otto M. Budig Academy charmed and amazed everyone with their talent. And Santa Claus this year brought his favorite elf, who made notes on a "Naughty or Nice" clipboard. Find out more about the Mighty Wurlitzer Organ and see a list of upcoming Wurlitzer concerts.

Happy Holidays with the Mighty Wurlitzer 2019 was sponsored by Mrs. Donald C. Siekmann. 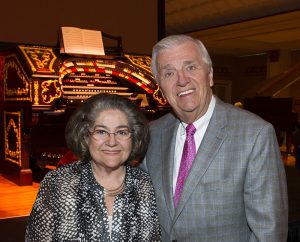 Don Siekmann won audiences over with his remarkably warm showmanship and nostalgic reverence for the era of silent film and the wondrous instruments that accompanied them. Today, Linda continues to share Don's love of the Wurtlitzer theatre organ by sponsoring what was his brainchild and favorite concert, Happy Holidays, with new and returning audiences. .

We are grateful to Linda for keeping Don's memory and the Wurlitzer alive.

Bahl & Gaynor is proud to be a Season Sponsor

of the Mighty Wurlitzer Concert Series

presented by the Friends of Music Hall.