Everyone remembers the first time they saw the elegant Czechoslovakian crystal chandelier in Music Hall's Springer Auditorium. The crystals shimmer and shine and capture the attention of visitors young and old.

The History of the Chandelier

As part of the extensive renovation of the late 1960s/early 1970s, Patricia and J. Ralph Corbett traveled abroad seeking an elegant and traditional piece of lighting that would long grace Springer Auditorium in Music Hall.

The Corbetts were long-time arts supporters and, with additional support from the City of Cincinnati, were financing the major, multi-year renovation of the stately structure.

In Czechoslovakia, Mr. Corbett found a chandelier that was representative of royalty, one crafted of the finest crystal prisms with a frame of highly-polished brass.

The main chandelier was shipped to Cincinnati in pieces, with instructions on how to assemble it. The activity took some time, but the result -- radiant and elegant -- is a work of art.

The Chandelier in Detail

The chandelier hangs from a motorized winch attached to the facility's sturdy roof and can be raised or lowered from a station on the stage.

Weighing 1,500 pounds, the chandelier measures approximately 21 feet in diameter and features 96 candles, each with a 60-watt bulb.

The chandelier is show-stopping in its beauty, mesmerizing young and old, even long-time visitors and staff.

Keeping the Shine and Sparkle

Once every two years, budget permitting, the chandelier is carefully dropped to its lowest point (it takes around 8 minutes for the motor to gently position it) and cleaned by hand. It is not a job for the faint-hearted!

For over 20 years, Music Hall Technical Director Gary Kidney has undertaken the chore of climbing up into the chandelier. Seats are covered and plywood is laid on top.

The ladder below the chandelier takes Gary between the brass arms.

He positions additional, smaller pieces of plywood around the tier on those brass arms and uses a second ladder to reach the upper part of the chandelier.

''We use warm water to wipe it down,'' Kidney explains. Chemicals are never used.

At the same time, they inspect each one to make sure it's securely attached and rewire any that may seem loose.

Mr. Kidney says it takes about 2-1/2 days for the cleaning.

Because maneuvering your way around the unit is a bit like walking on a boat in choppy water -- there's really no way to anchor the chandelier -- they like to limit their work to two-to-four-hour periods.

While you're wiping down the crystals, you're looking at the wires on there, so you're going to concentrate on that. But your legs are wobbling all over the place. Just make sure you don't fall. It's a weird feeling.

The 2016-2017 Revitalization Included the Chandelier

When word came out that needed updates to Music Hall would remove the chandelier from the auditorium, the outcry was strong, long and emotional. People were not happy and made their feelings known to everyone who would listen.

Once a new firm was chosen for the massive task, it was determine that not only would the elegant piece stay, but it would be cleaned and upgraded.

The chosen company removed, carefully packaged and numbered each piece. That's how we know there are 7,464 crystals. The bulbs that simulate candles are now flame tipped and clear LED bulbs.

For many years before concerts, the Cincinnati Symphony Orchestra would lower the chandelier a few feet so the audience could see it better while moving to their seats. They would then then raise it before the performances.

In recent years, that practice has been abandoned, lessening the chance of crystals coming loose from the bounce it takes when the cable stops.

But the chandelier remains the "queen" of the hall, and is strategically positioned and lit for photo shoots, operas and television tapings. 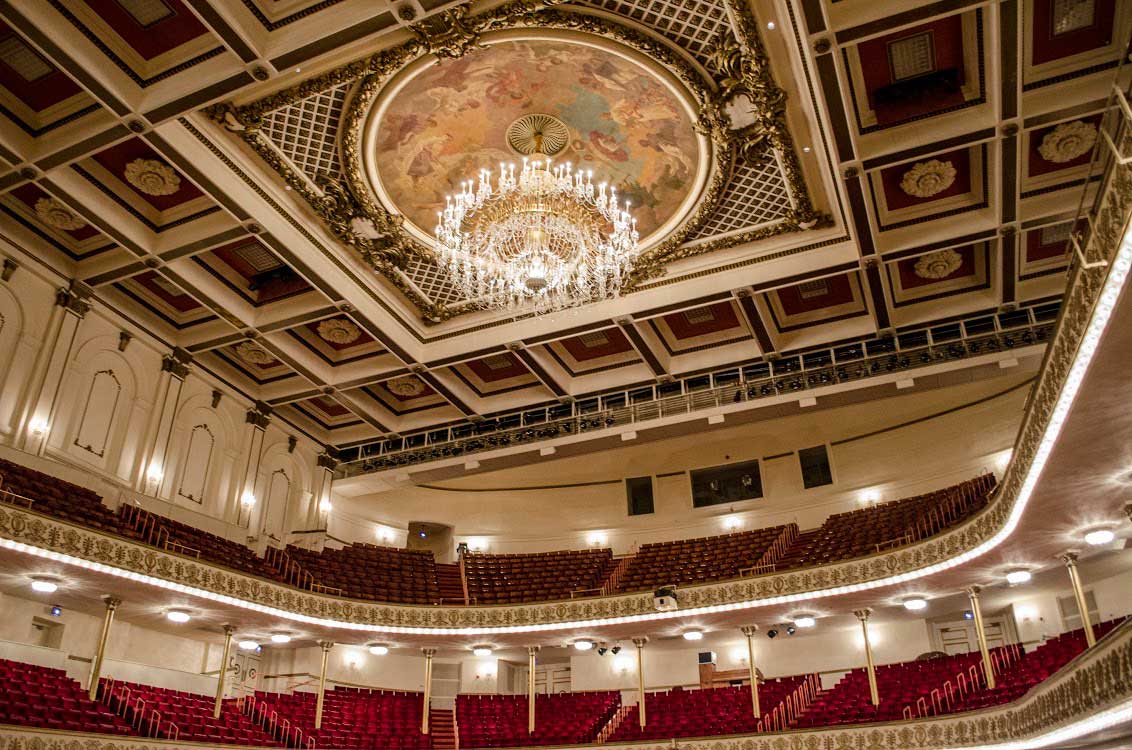 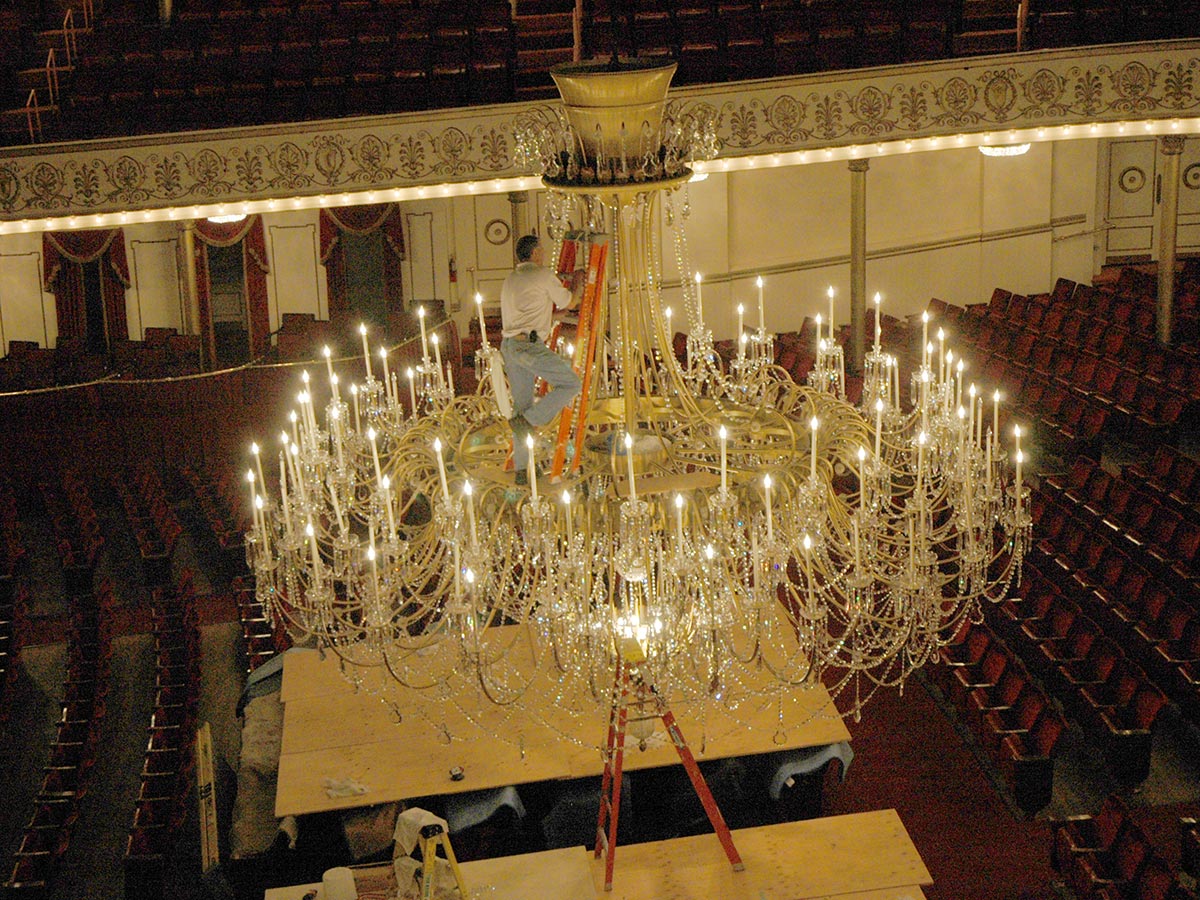 Cleaning the chandelier is quite an event 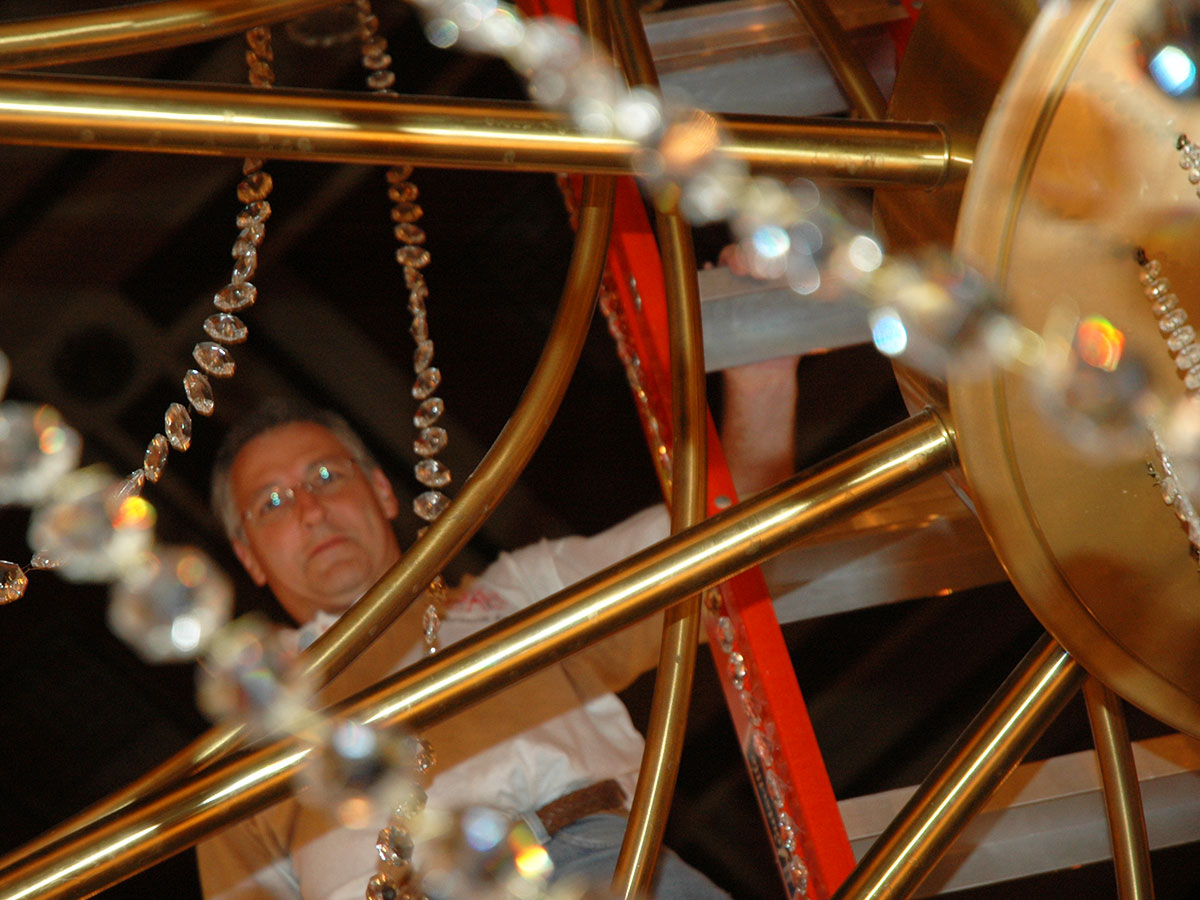 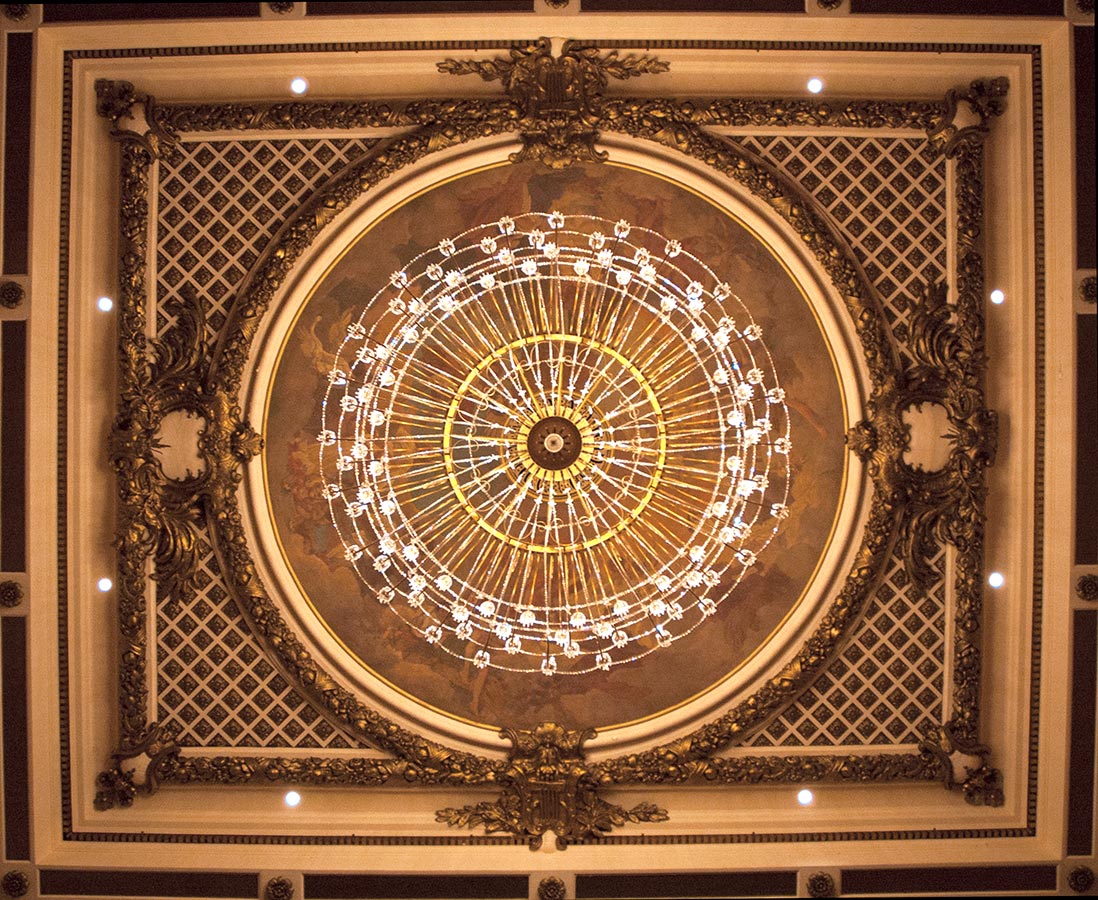 Directly below the chandelier 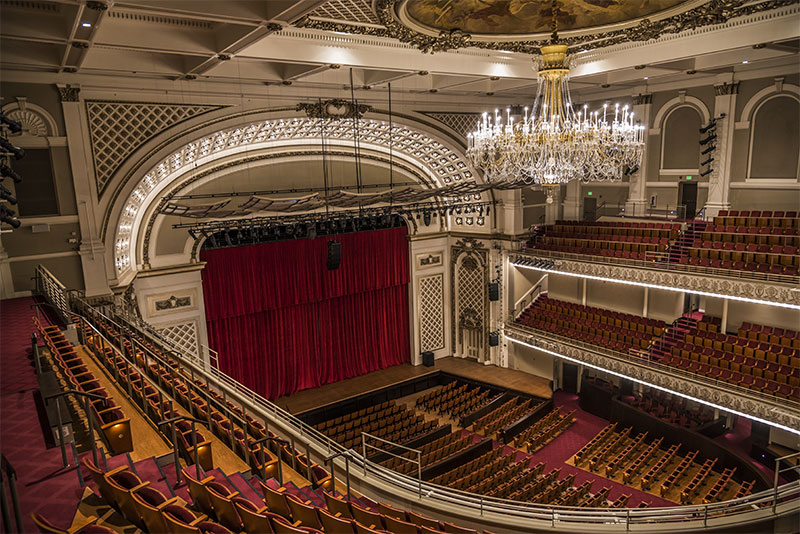