Events presented by Friends of Music Hall provide everyone with an entertaining opportunity to experience this beautiful, historic structure. These events align with the our mission to promote and provide education about Cincinnati Music Hall.

Saturday, June 20, from 12noon til 4pm: after you peruse the excellent selection of quality local goods at The City Flea at Washington Park, take a break and join us in the lobby of Cincinnati Music Hall. You'll find a cool place to relax, bars at which you can purchase your favorite libation, and the opportunity to discover interesting tidbits about Music Hall and its history, and see areas of this historic icon. Friends of Music Hall Program Guides will be on hand to show you around and answer any questions you may have about Music Hall.

Our Halloween concert provides a magical - and mischievous - good time!

And you are invited to join us for the annual, and hugely popular: 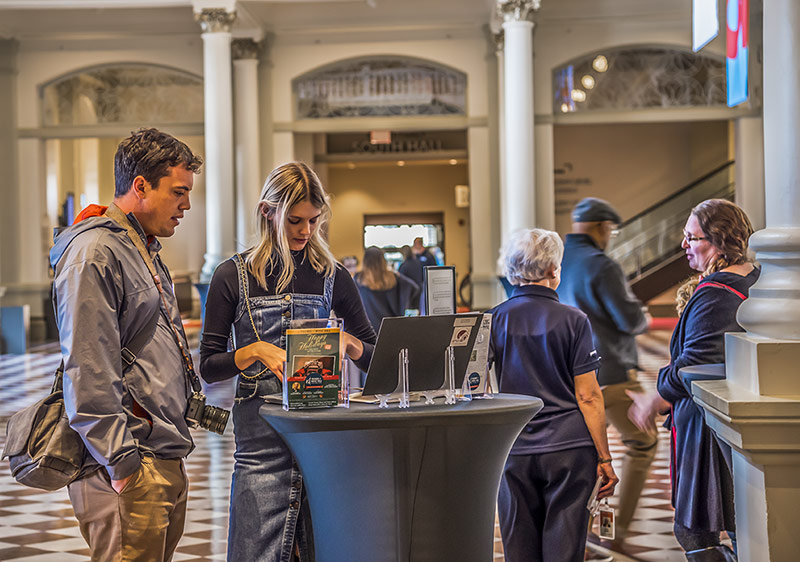 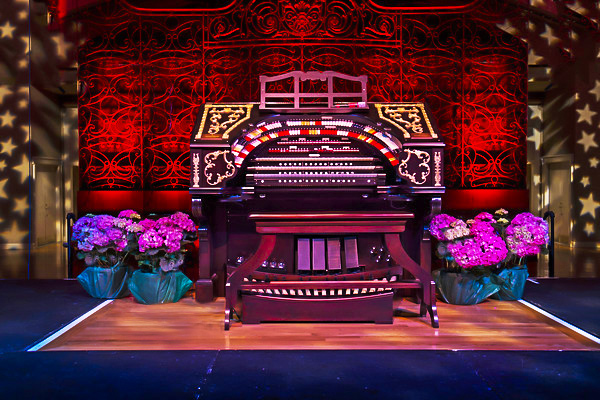 The Mighty Wurlitzer Organ came back in fall 2019 - just in time for Halloween! On Wednesday, October 30, family, friends and favorite ghouls gathered in Music Hall Ballroom.

Our members and good friends were the first to learn of our name change (from Society for the Preservation of Music Hall), a renewed commitment to our mission, and plans for the future!

2019: Silent Movies Made Musical with the Mighty Wurlitzer Organ

Charlie Chaplin was the guest of honor for the double film feature honoring him on the 130th anniversary of his birth.

On Wednesday, December 12, 2018, talent organist Mark Herman returned to the keyboard of the Mighty Wurlitzer Organ in Music Hall's elegant ballroom for our Happy Holidays concert.

2018: Wake the Dead Bash with the Mighty Wurlitzer Organ

On October 31, it was the party of the season! Theatre organist Trent Sims returned for a lively party that included special drinks, special haunted tours and, of course, the Mighty Wurlitzer Organ!

was held October 30, and featured Theatre organist Trent Sims at the keyboard, playing songs that thrilled and chilled the audience!

was held Monday, October 1, and featured:

So great to be back in Music Hall, and so great to enjoy this concert tradition with you!