Patricia and J. Ralph Corbett started their foundation in Cincinnati 1955. In the years since its inception, the Corbett Foundation contributed tens of millions of dollars toward many arts and education-related organizations, productions and scholarships.

The list is long and includes not only Foundation funding but also several personal gifts from Mrs. Corbett.

For Music Hall, the biggest boost came when Mr. and Mrs. Corbett joined with the city to fund a major renovation of Music Hall in the late 1960s. It was a time when the structure was falling into disrepair. Mrs. Corbett is quoted as saying that she and her husband "became alarmed at the thought that we could lose this place."

They financed a major, multi-year renovation of the entire structure, moving it from an exposition center and performing arts hall to a facility totally dedicated to the arts.

Unlike the 2016-2017 renovation, Music Hall didn't close its doors during the work. Years later, Mrs. Corbett recounted the impact this had on the audience.

Frustrations during the building and the renovating? Absolutely! ... In one winter, we were not able, for various reasons, not able to have heat during performances.

During an interview in 2005, Erich Kunzel recounted that audience members weren't the only ones affected by the work.

Now what we did for the orchestra, we had space heaters all over the place, so at least we got it up to about 65. But then of course with space heater came a lot of space sound, shhhhhh - I mean, the pianissimos weren’t quite pianissimo.

The funding also provided for a transformation of the south wing into administrative space for the Cincinnati Symphony Orchestra, a new conductor's office, new Green Room, musicians' and performers' dressing rooms and music library.

Next, renovation occurred backstage and in the north wing, to:

This phase also provided for an upgrade of the lighting system and orchestra pit for the Opera, Ballet and other performances that needed those facilities.

Remodeling included an update for Dexter Hall, the large room above the lobby. It became an elegant reception room, complete with chandeliers and kitchen facilities, and would be renamed ''Corbett Tower.''

In addition, Mr. Corbett provided the elegant chandeliers that hang in the auditorium and in Corbett Tower.

In 2004, the Corbett Foundation provided the funding for extensive renovation of the north hall to give the Cincinnati Opera its own administrative home -- The Corbett Opera Center at Music Hall.

Upon her death on January 28, 2008, Mrs. Corbett left a generous trust to many arts organizations, including SPMH, the Society for the Preservation of Music Hall, now known as Friends of Music Hall.. Her gift made it possible for the organization to fund renovation of Corbett Tower in 2016-2017.

Contributions in memory of Mr. and Mrs. Corbett may be made to Friends of Music Hall.

You too can follow in the footsteps of Mr. and Mrs. Corbett, and make an investment in Music Hall's future. Become a Friend of Music Hall with your online donation! 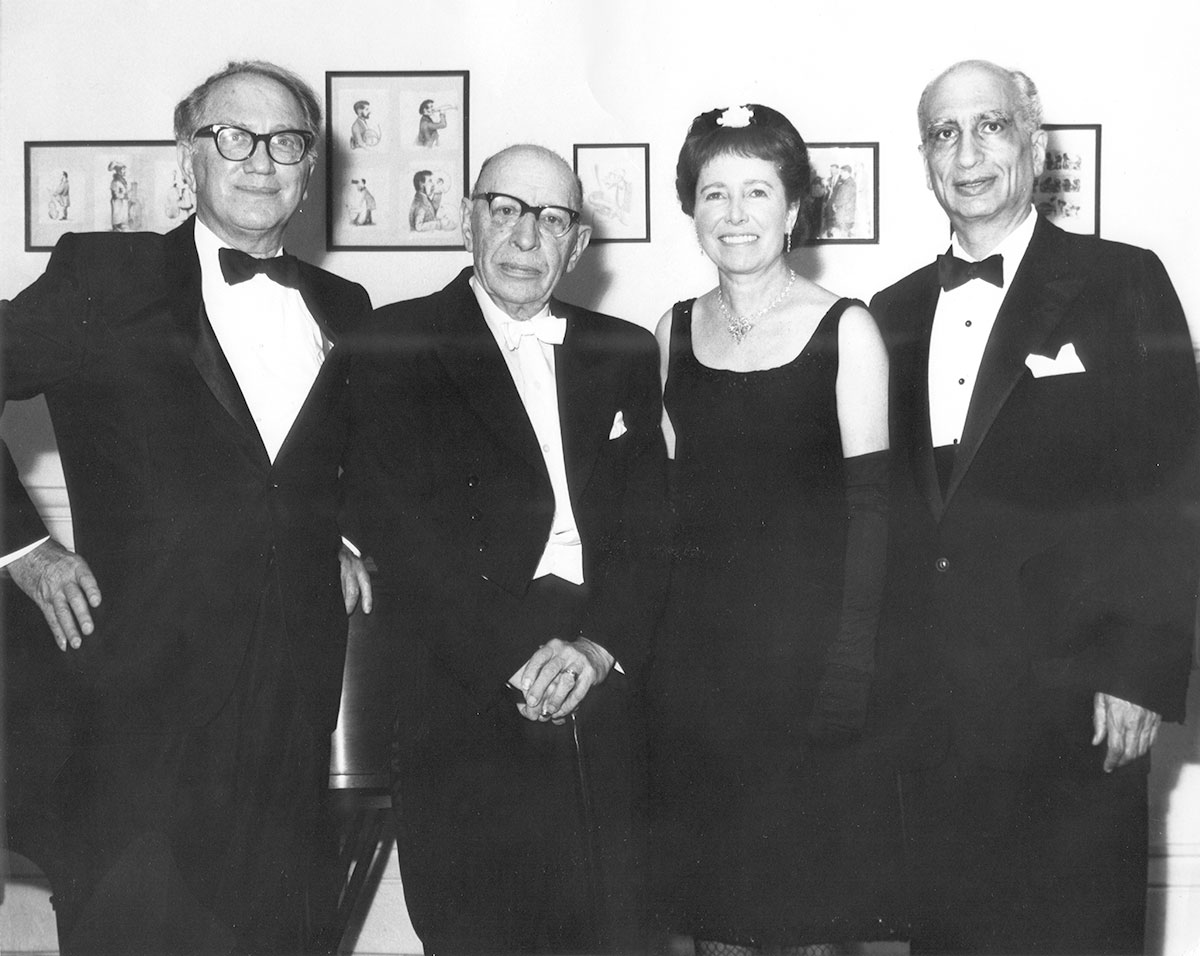 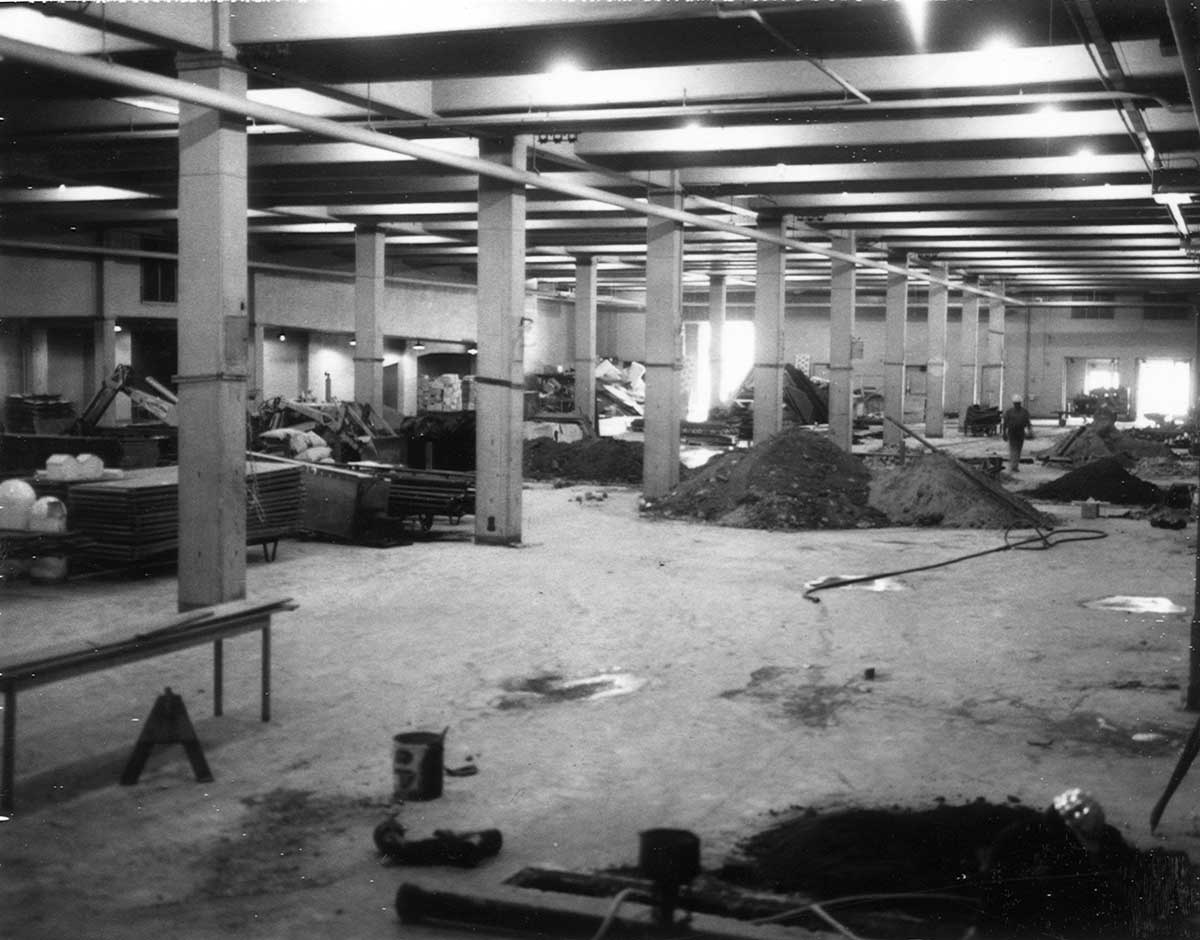 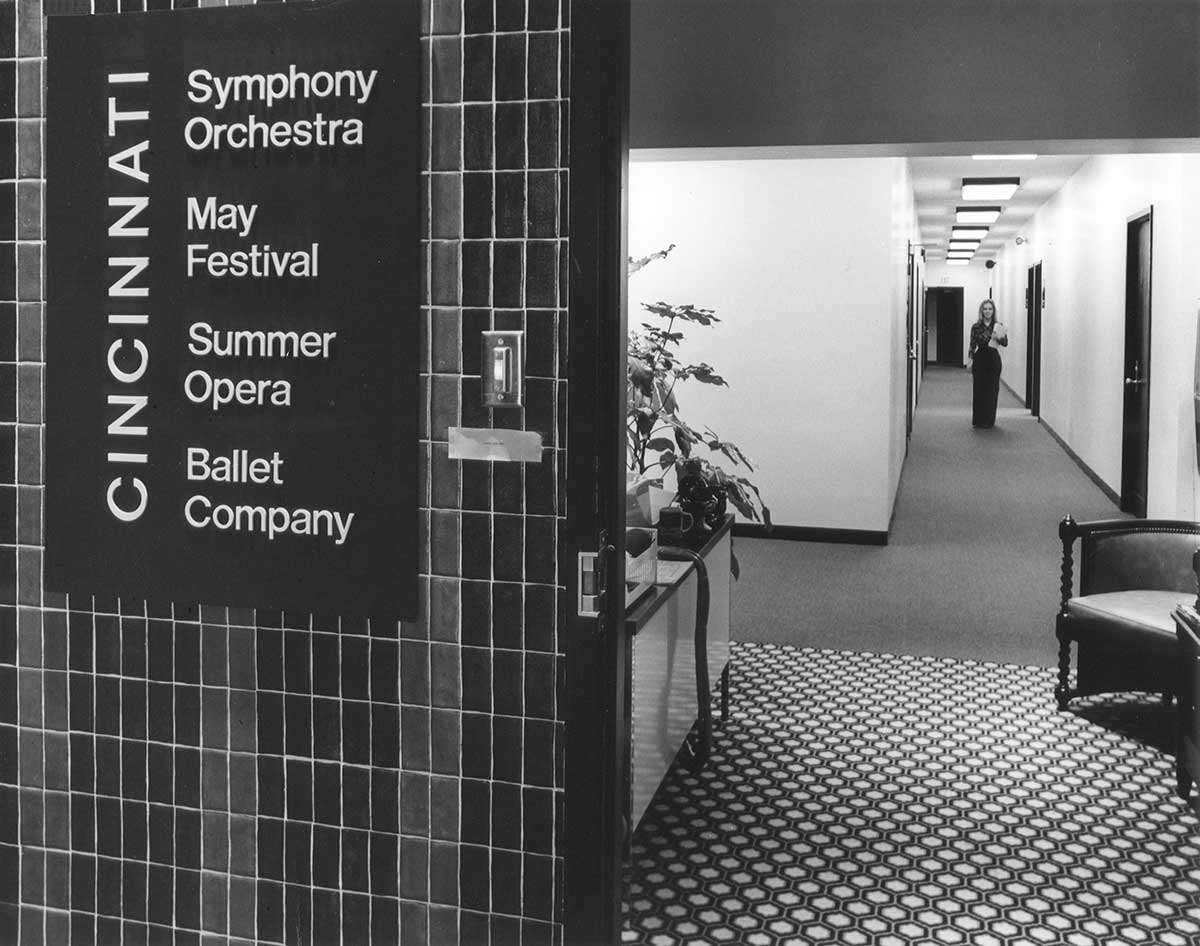 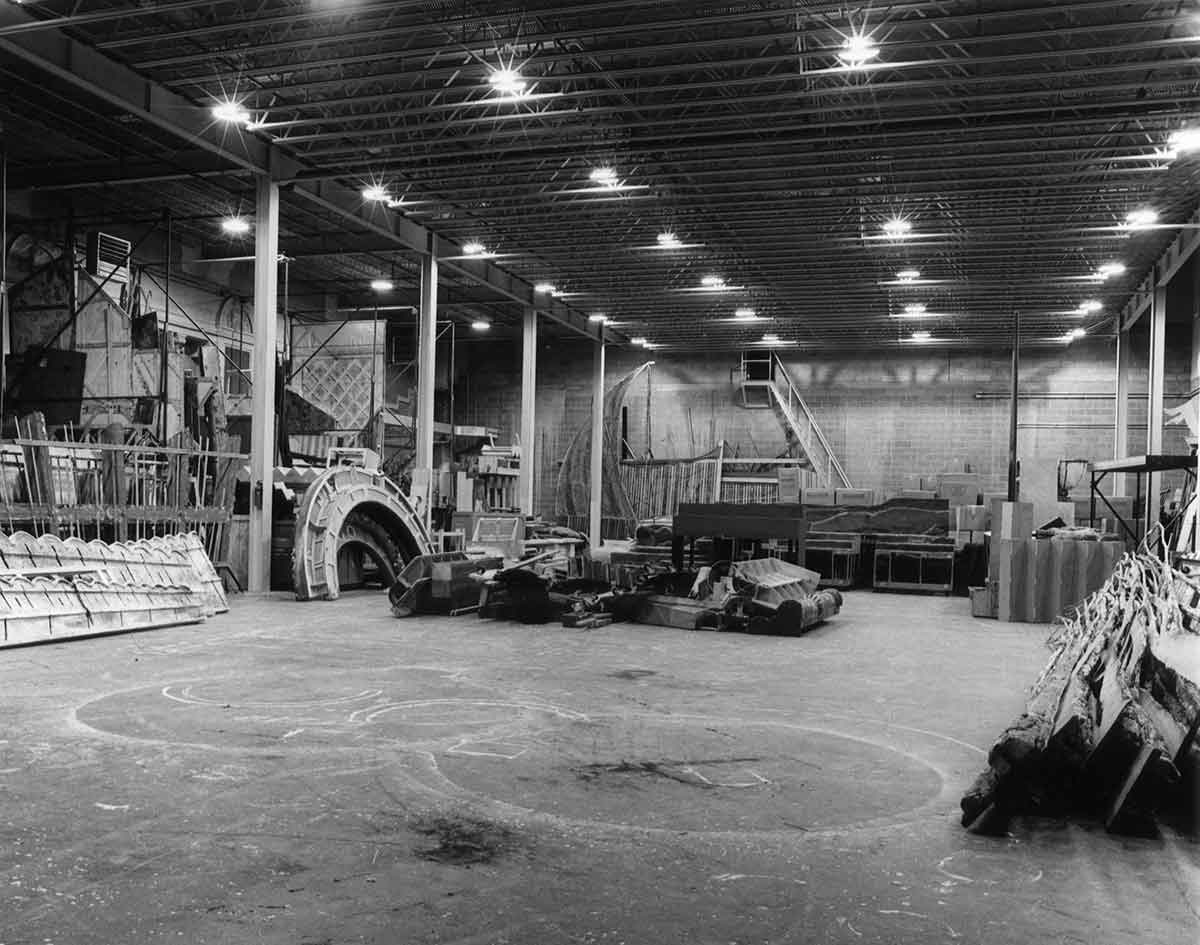 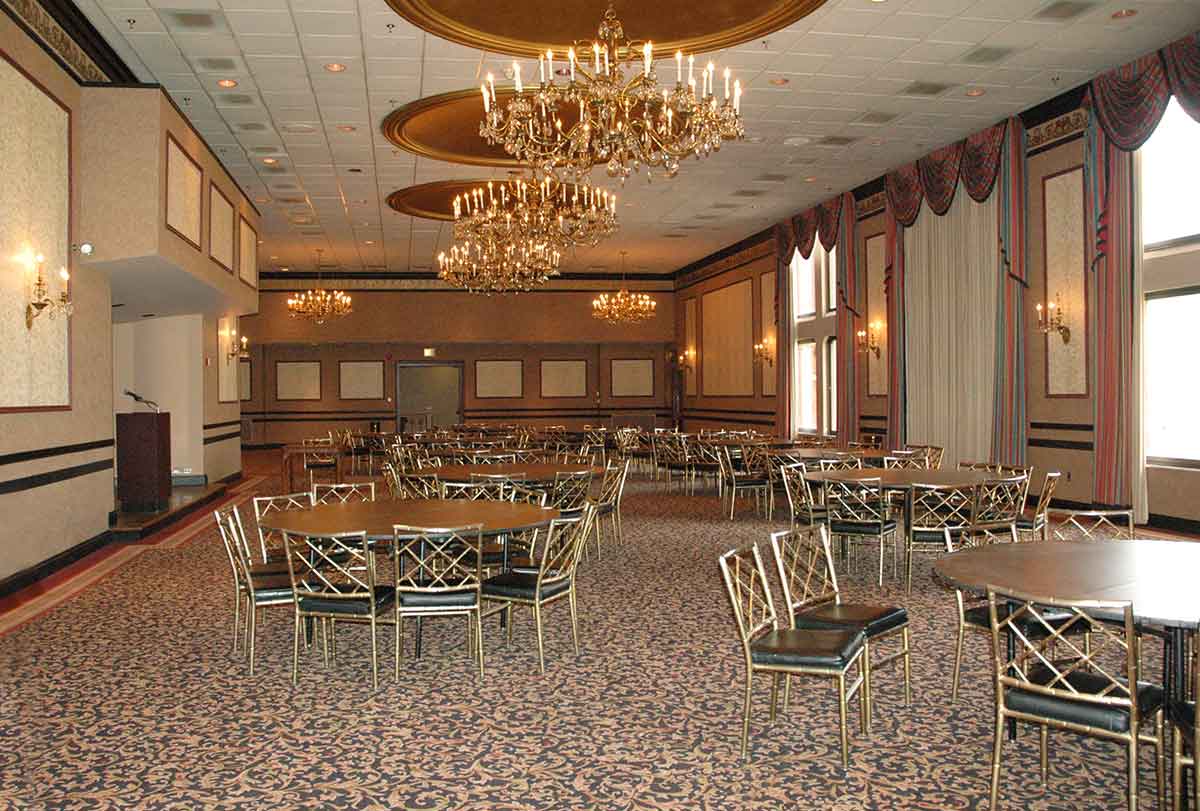