When Music Hall was constructed, the center building came first. It was primarily designed to be a "music hall" primarily for choral works, such as the May Musical Festival.

The façade's pressed brick came from Philadelphia and reportedly cost about $40 per thousand.

The following year the wings were constructed to accommodate the expositions that were so popular in the late 19th and early 20th centuries. The brick for the wings came from Zanesville, Ohio, and was less expensive, at about $12 per thousand.

To reflect the purposes of each section, Hannaford designed themed sandstone carvings:

There are other features on the structure's façade—symbols that convey meanings and that represent the architectural style of Music Hall.

The original design included decorative geometric patterns in the brick under arches, over main entrance doors, and around the rose window—in many places on the east and west sides of the structure.

These details were lost during renovations in 1970 when the structure underwent a sandblasting to refresh the exterior.

During the most recent renovation, the black brick patterns were repainted, helping to restore the exterior to its original design.

As part of our mission of preservation, Friends of Music Hall financed the restoration of historic sandstone finials that were broken and had been lost to time and the elements. Check out the FMH blog detailing the significance of these finials and how they were be restored.

Take a Music Hall Outdoor Walking Tour and get the full story—and more!—on the design and details of Cincinnati Music Hall. 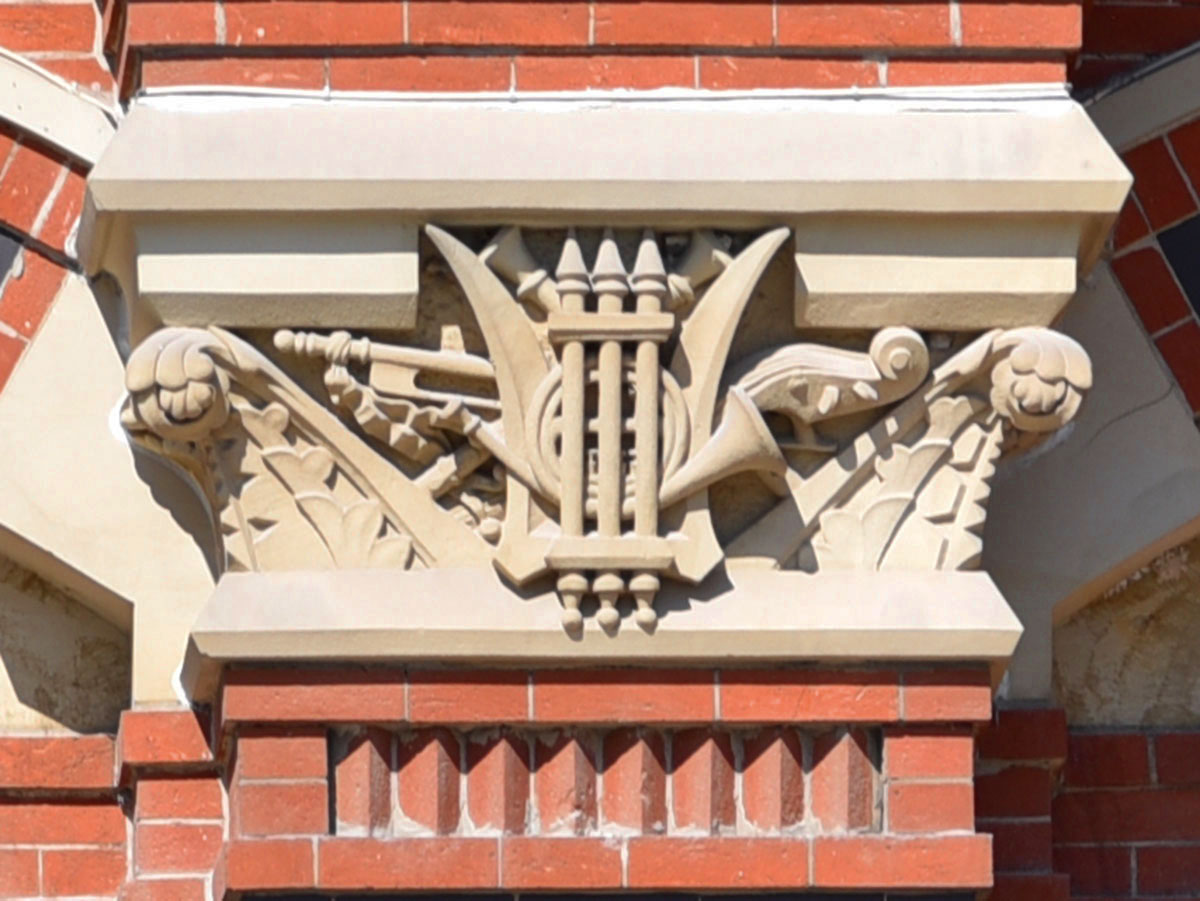 Music symbols for the center building 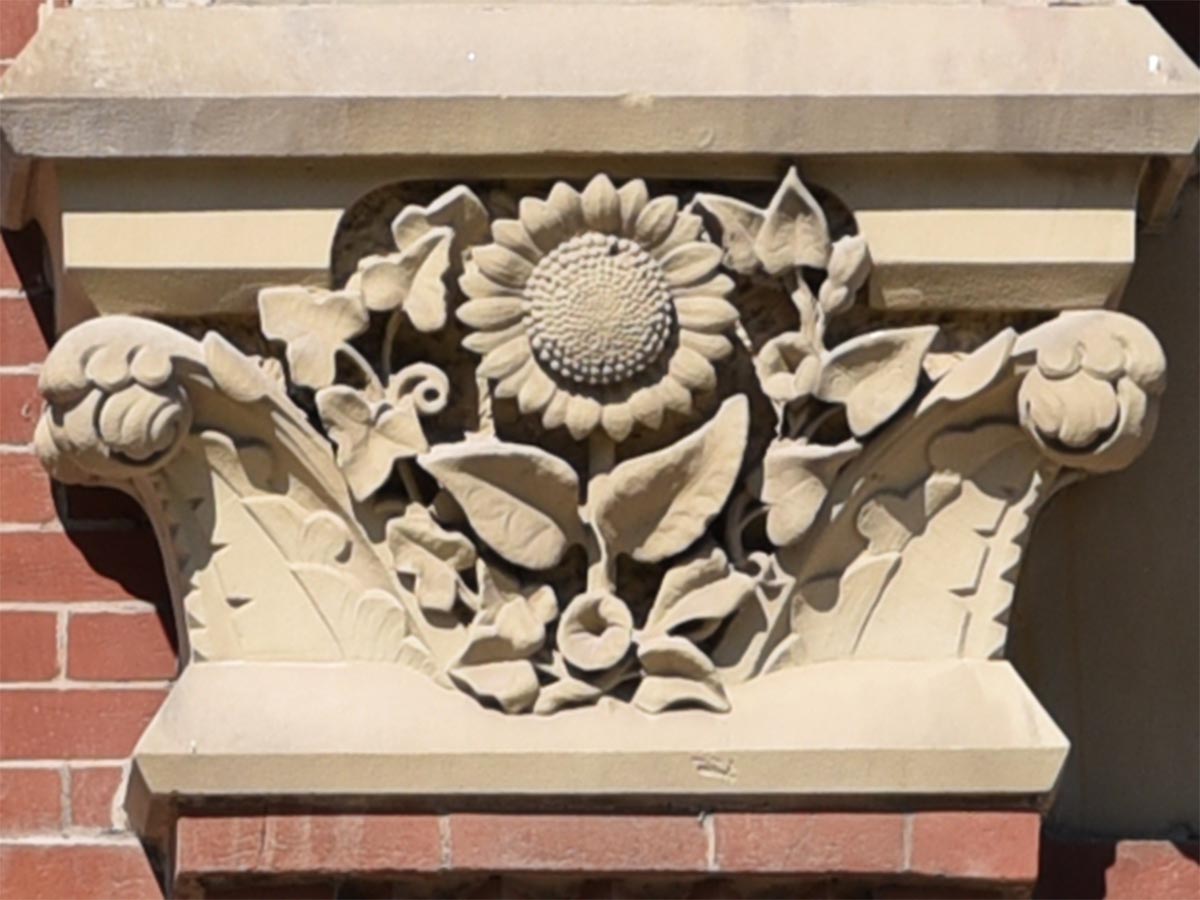 Carving for the south or Horticulture wing

Sextant amid oak leaves and acorns